For most of 2019 my family and I traveled from coast to coast. It was quite the adventure for us all, and we made as many stops along the way. Visits to National Parks, Memorials, friends, and family were all on the agenda for the length of our travels. As you travel full time, however, there comes a time when you must stop to rest you heels and catch up on maintenance…vehicle, financial and personal. 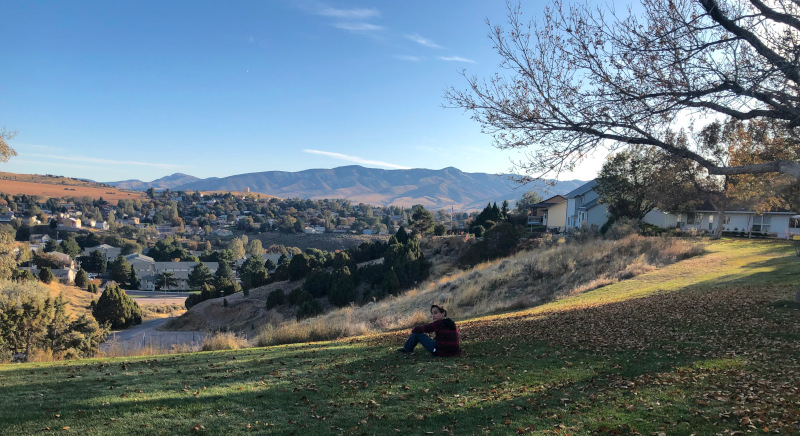 Our fall stop for September to October was in little Pocatello, Idaho. This was a great location for us to stop as I had a Jiu Jitsu connection to catch up with while we were in town. We decided to stay for a full month and settled on a 30 day paid stay at the local KOA. The owner/manager of that particular KOA was named Rose, and she was quite the personality. She was very accommodating for our family and location was perfect as it was right next to the playground. We also had a view of a neighbors small pasture with a horse named “Teton.” Teton, as we found out, liked apples and an occasional stroll outside of his fence. I’m not sure if his owner ever found how he’d breach the fence line. 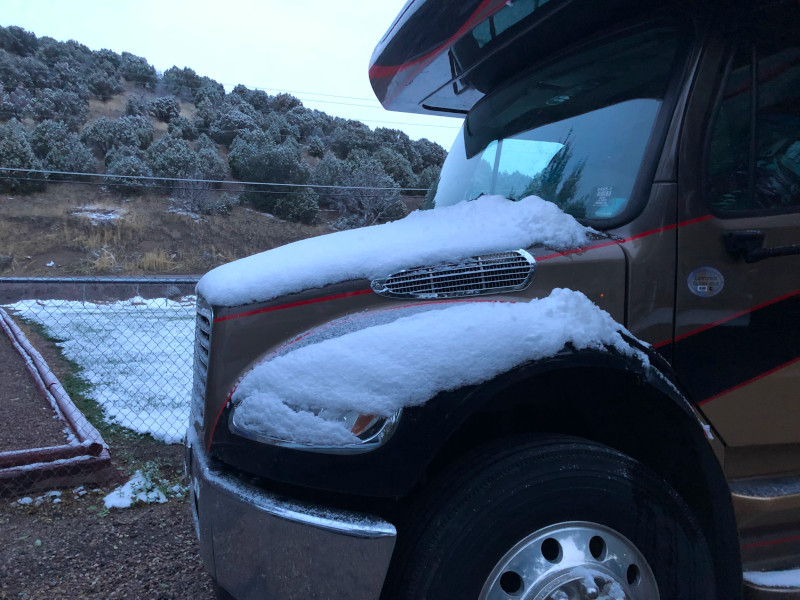 The benefit for me was that I was able to train during the stay with Professor Mark Massey who runs a small school in Pocatello as well as serves as the association director for the Rigan Machado BJJ Association. The training at Mark’s school was excellent, and something that I had been missing for a great while as we were traveling on the road. His school has a welcoming atmosphere with no egos to contend with on or off the mat. I am also appreciative of him allowing me to teach a class while in town. It gave me a chance to share some fundamentals and concepts of the mount position that I had been working on for a long while. It was a pleasure to share some of the insights I had gained.

Of course, there is always a chance to visit an urgent care or ER whenever we travel from place to place. Briley, our 3 year old, had the misfortune at Yellowstone…the ER was an hour away from West Yellowstone in Big Sky, Montana. This go around it was Brennan’s turn to see a doc. It seems that his little sister, yeah…the 3 year old, decided to throw a handful of Legos at him while I was otherwise occupied. As I make my way around the corner, there was Brennan, holding his forehead while blood streamed down his face. Off we went for a late night visit to an urgent care still open in Blackfoot a few miles down the road. Brennan, of course, was happy to get stitched up as long as he was able to take his iPad along for some valuable game time while waiting on the doc. He did well and it is all healed now. Thankfully, chicks dig scars…at least that’s what I tell him. 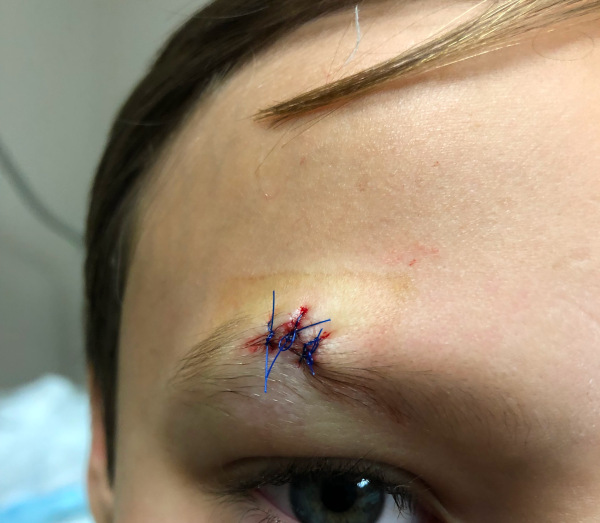 During our stay, Master Rigan had to cancel a seminar that had been planned for Mark’s location due to an unforeseen conflict. Thus, I made a plan to at least swing by his academy in California before we made our way back east by Thanksgiving. I’ll save the details for that in a separate post as we had a few stumbles and maintenance issues along the way. I must also thank Master Rigan and Mark for the honor of receiving two stripes on my brown belt while visiting. Two years into the journey as a brown belt; I still have a long way to go. My Jiu Jitsu did grow quite a bit in the short time that we were in Idaho. I look forward to training with my Idaho teammates there again soon.

Alas, we had to depart for a trip into Washington state and down the west coast as Halloween approached. We have great memories of our time in Idaho. Bennett turned one (!!!), Bigfoot Pizza, Teton the horse, the scenery, the laughs, the homeschool kickstart, and even the great poop-tastrophy of 2019 (I’ll spare you the details). We look forward to traveling for a short stent to visit friends and gain new ones. And, I’m sure Teton would like another apple!