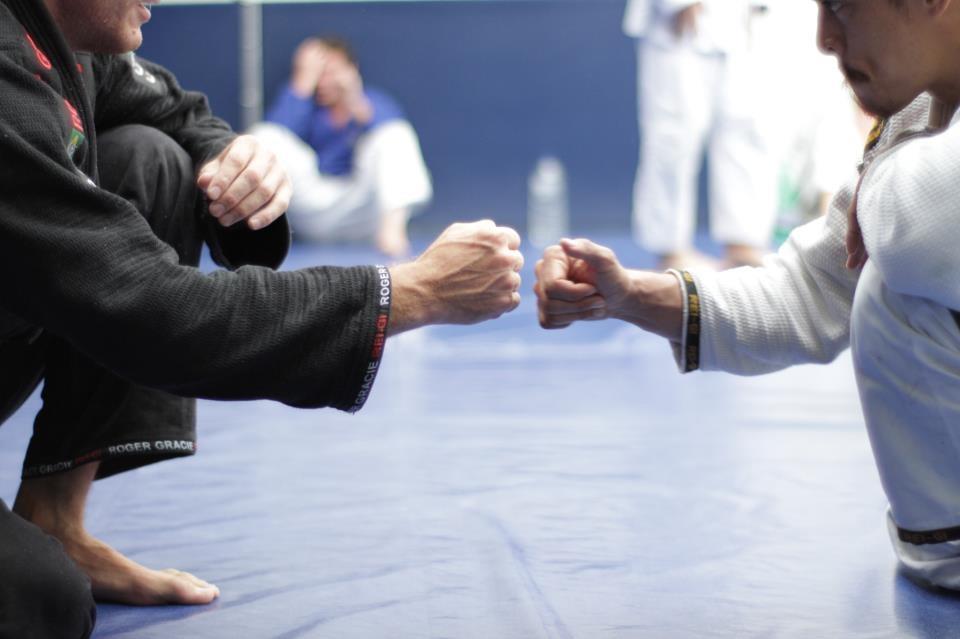 Training in jiu-jitsu takes a certain level of repetition and practice to improve your overall skill development.  Some camps (think Atos and Andre Galvao) emphasize 'drilling' as the key to getting better, while others, like Kit Dale of Checkmat, provide greater emphasis on the sparring aspects of rolling in jiu-jitsu.  Both have merit, and I believe both are necessary to increase efficiency in training and maximize the time you put into training on the mat.

The Argument for Drilling

Drilling isn't new or unique to jiu-jitsu.  It exists in any endeavor under the sun, sport, or otherwise.  The Malcolm Gladwell theory, as highlighted in Outliers: The Story of Success, puts forth the thought that you must spend 10,000 hours dedicated to a pursuit to reach mastery.  It is common knowledge that the more you do something, the better you will get at it.  Some aspects of this idea transcend the cognitive or decision-making levels of a usual catalyst for physical activity.  If something is done so often, it will eventually be put into your repertoire of abilities (think John Boyd's OODA loop) that become more autonomic and muscle memory than a process that takes thinking and cognitive effort to cause action.  You have done the 'thing' so many times that it is now a natural response that can react from cues (visual, audible, or physical) without any dedicated effort on your part.  It just happens. Boyd called this 'Implicit Guidance and Control' if you are familiar with his complete OODA loop theory and not just the truncated versions usually explained.

Additionally, the repetitive movement allows for more refinement along the way.  With physical activities, for instance, a careful study of your action can offer a trace of what may not be perfect in your technique.  I often advocate for filming yourself in your daily practice, regardless of sport or activity, to offer yourself this benefit.  Likewise, drilling techniques under the watchful eye of a trained teacher will offer a much fresher perspective than your potential skew.  We all think that we are better than we are, after all.  So, when given a chance, one should pursue instruction from someone at a much higher level than our own...a master perhaps.  And never forget the idea that practice makes perfect.  Or better yet, perfect practice makes perfect.

The Argument for Rolling

Rolling adds an element of creative freedom to the mundane activities of drilling the same movement or activity over and over.  It removes the potential boredom in drilling when replaced with a live, free-flowing, and dangerous opponent actively trying to choke you or bend your limbs in the wrong direction.  The 'aliveness' inherent in rolling is also the sole element of jiu-jitsu, providing it an advantage over most other martial arts.  There are no solo actions (think kata) in rolling; it always requires another training partner.  Rolling provides a means by which the practitioner learns intuitively through the various outcomes (success and failure) that come about with the exchange of techniques and attempts at applying an uncooperative and free-flowing opponent.

However, the development output through rolling may take longer due to this intuitive learning process than just drilling and practicing various techniques and off-shoot variations.  The freedom of movement and functional training offered by practice against varying degrees of cooperation in rolling will surely enhance your overall jiu-jitsu application and abilities.  There is a downside, however.  Rolling may hamper the understanding that would otherwise be provided early in your jiu-jitsu journey by simple drills and practice of foundational movements.  Put another way; it could amplify and promote the use of inefficient and improper technique vice technique that has been honed over repetitive drilling.  Therefore, drill and rolling should be considered critical in developing your abilities and potentially enforcing your will on your opponent.

I believe that you must drill fundamental movements early and often.  Likewise, as your technique and skill grow, you must begin to apply your technique repertoire against an increasingly less cooperative opponent/training partner.  Without this level of honesty in your practice, you will have a false sense of security, ultimately leading to failure and disappointment.  Over time, this will naturally be detrimental to your overall development in jiu-jitsu.  You must drill, and you must roll.  Both are critical components to your success.